Learning a foreign language is never easy for a person living in Taiwan, especially in the environment of the 70s and 80s that I grew up in. The traditional style of teaching English often came with lots of exams focusing on grammar and reading comprehension. Speaking was never being emphasized, as there weren't any spoken tests in junior or senior high school. As a result, readers can understand why I was extremely nervous in my rst English class with my colleagues. However, I was not the only one that felt awkward in the class. The teacher was a very beautiful American-born Chinese (ABC). When she tried to break the ice by asking students of their favorite hobby, one of my classmates blurted out, "I like playboy" when what she really meant was "I love playing ball". This cracked everyone up! This event started my long-enduring English journey (or adventure if you would like to call it that) that was full of frustrations and setbacks, but which eventually rewarded me with my current achievements.

Later when I decided to pursue a doctorate degree in the U.S., I prepared for the TOFEL and GRE exams and luckily received high enough scores to be admitted into the Ph.D. program of a famous U.S. university. Subsequently, I took my first long flight across the Pacific Ocean. Panic suddenly overwhelmed me when the flight stewardess asked me, "Beef or Pork". I never expected such a question and as a result I totally forgot all my vocabulary. Time was running short as I obviously had to make a quick answer. "I would like a steak please" was the only wording that I could immediately think of at the time. The flight stewardess looked at me in a seemingly are-you-looking-for-trouble manner but answered politely, "Sir, we don't serve steak in economy class".

Because of my poor spoken English, I failed to pass the test that would qualify me to be a teaching assistant (TA). This was one of the low points of my life, as the scholarship and tuition waiver that came with the TA position would have been very important to me financially. I did however, successfully acquire a TA job on the second try and taught for three semesters. Talking about the professional subject was not an issue for me, but explaining theory with vivid examples was sometimes too much. I still remember some of the comments that students gave me at the end of each semester. The first time I saw comments like "You are awesome" made me really upset as I mistook the word "awesome" for "awful". A truely bitter comment on the other hand, was "to be able to understand your English, I had to totally forget what you were teaching". I had a hard time even in daily conversations with my classmates. Eventually, I regained my confidence as my American friends helped me in many daily activities, and these friendships grew more and more when my friends gradually began to understand what I said. Later, I realized that this was not due to improvements in my speaking, but rather to the improved ability of my friends to understand what I was saying.

Every cloud has a silver lining. The long years of experience in the U.S made me unafraid to speak English in public, (although I can't say that that is completely the case as I still face the same challenge of making other people understand my English) and later I was able to work for a foreign bank in Taiwan.

In contrast with my peers, my courage to speak gave me opportunities to present or to make speeches at many international forums and seminars.

Despite the fact that my current position doesn't require me to speak English that much, I still enjoy the dialogues or conversations with the many foreign clients that come to Taiwan. I hope that this short story can inspire someone who is as much afraid of English as I was to become braver in learning this language. Bon Voyage! 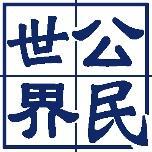